In 1845-46, when in course of the first Anglo- Sikh War the English were faced with a grave situation due to stubborn and formidable resistance of the Sikh Army, and “all the resources of the (Company’s) Government” were being drawn to the North-Western Frontier there was a plan at Patna to assail and uproot their authority. William Tayler, Commissioner of Patna Division till August, 1857, thus, refers to it, “for some years past, this city (Patna) has been considered a very sink of disaffection and intrigue. In 1846, a dangerous plot was detected, in which many of the Mohamedans of Patna, and the neighbouring districts were concerned and in which attempts had been made to tamper with the sepoys…. That the conspiracy of 1846, was but a branch of a more general plot is the opinion of many who were well acquainted with the country, and that the object of that conspiracy was the destruction of the English, the overthrow of the British Government, and the re-establishment of a Mohammedan dynasty is, I imagine, beyond doubt.”

It is significant to note that Babu Kunwar Singh of Jagdishpur, a hero of 1857-58, was also suspected by the British of being involved in this anti-British plot of 1845-56. “I have received letters,” communicated Mr. Elphinstone Jackson, Officiating Magistrate of Shahabad to Secretary to the Government of Bengal on the 3rd January, 1846, “containing the information that Babu Kunwar Singh, a influential Zamindar in this district and a man highly popular with all the inhabitants of Arrah and other towns of Shahabad, is suspected of being leagued with the conspirators and that letters bearing his seal have been discovered clearly proving his guilt.”

The conspiracy of 1845-46 was supported by many Rajas and Zamindars of Bihar. An attempt was made to tamper with Regiment no. I under Major Roweroft then stationed at Dinapur. Munshi Rabat Ali was the principal person who managed through Sheikh Peer Baksh and Pandit Durga Prasad, Munshi and Pandit respectively to plant mutiny in the Regiment. The Regiment was promised six months pay in advance, and a day was fixed for the rising. However, the conspiracy leaked out, and the Munshi and the Pandit of the Regiment were arrested and many letters from several Zamindars and influential men showing their connection with the plot were found in their possession. Munshi Rabat Ali and Khwaja Hasan Ali Khan were arrested. The former was an influential Zamindar of village Neora, a relation of late Sir Ali Imam and the grandfather of M. Zainneddin, ex-principal of Patna Law College. Hasan Ali was the grandfather of Justice Khwaja Mohammad Noor. These persons were later released in the absence of sufficient evidence and Babu Kunwar Singh was not arrested on political ground, the Bengal Government apprehending that this might have the effect of exciting the people to opposition. This is significant that on the outbreak of the 1857 movement in Bihar, the old records of 1845- 46 Conspiracy were consulted by the then Government, and persons involved in the latter were strongly suspected, on the basis of which Shah Mohammad Hossain, Moulvi Ahmadullah, and Moulvi Waiz-ul-Haq  were arrested by the British on 20 June, 1857, as a ‘preventive’ measure much before the Indians in Patna rose in arms against the British. 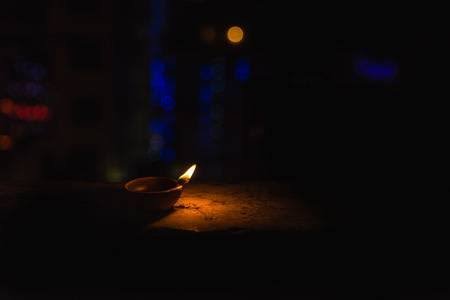 Shabbir Hassan Khan ‘Josh’ Malihabadi, who got fame as a revolutionary poet by attacking the British rulers with his literary skills