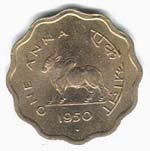 Yesterday, while discussing a cigarette advertisement from an Urdu magazine I told one of my friend and colleague that the advertisement should be older than 1957 as it mentioned the cost in annas. His reply that he had used 4 anna or 8 anna in childhood surprised me. It came as a further surprise that a good historian like him did not know that till 1957, one Indian rupee consisted of 16 anna, 1 anna had 4 paise, and 1 paisa had 3 pies. Thus, 1 Rupee = 16 Anna = 64 Paise = 192 Pies.

Converting Rupee from 64 Paise unit to 100 paise is called decimalisation of Indian currency. The demand rose in the early 1940s, when India was still under the British rule, and a bill was actually tabled in 1946 in the council but couldn’t become law because of political upheaval.

On 30 April, 1955, Minister for Revenue and Defence Expenditure, A.C Guha, tabled The Indian Coinage (Amendment) Bill, 1955 before Lok Sabha. It proposed ‘insertion of section 14 in Act III of 1906’, which states, “The rupee, half rupee and quarter-rupee shall be respectively equivalent to one hundred cents, fifty cents and twenty-five cents…”

The stated objective of the bill was, “At present the rupee is divided into 16 annas and each anna into 12 pies. It is proposed to divide the rupee into one hundred cents and issue coins in denomination of cents.”

The amended act came into force on 1st April, 1957. Rupee coin remained the same in nomenclature as well as its value, but now it was divided into 100 paise instead of 16 annas or 64 paise or 192 pies.

Since, the literacy rate was quite low at that time and Information Technology (IT), as well, was not as developed as it is in the present coins were called ‘Naya Paisa’ (New Paise). Still one can hear people talking in terms of naya paisa in north India.

In pictures, we can see that before 1957 Rupee was called half rupee and had no mention of its value in paisa. People called it 8 anna as well, a term we still use for half a rupee even though use of anna discontinued more than six decades back. The coin from 1960 has ‘Rapaye ka adha bhag’ (Half part of a rupee) and 50 ‘Naye Paise’ (50 New Paise) written over it. The reasoning was that people could not understand that 50 paise = half a rupee, under the new denomination hence it was mentioned. Later on, after 1964 the term ‘Naya Paisa’ was dropped and coins carried value only in paise and not as part of a rupee. Now, 50 paise coin was 50 paise coin, with no mention that it was half a rupee.

It is interesting how we still use the terms like ‘chaar anna’ ‘aath anna’ or  ‘solah anna sach’  (literally, 16 anna truth) without ever realising the meaning of the terms.