Maulana Hussain Ahmad Madani, who fought not only against the British for freedom but also against the separatists who wanted the partition of India, was born in 6 October, 1879 in Utthar Pradesh. He travelled to Mecca and Madina, where he spent about 16 years in getting religious education and became a spiritual scholar.

On 29 August 2012, India Post Released New stamp for #MaulanaHussainAhmadMadani.#MaulanaHusainAhmadMadani (1879 – 1957) was an Islamic scholar from the Indian subcontinent. He was conferred upon the title of "Shaikh ul Islam" as to acknowledge his eminence in hadith and fiqh. pic.twitter.com/pP2ikSaJCU

He participated in the ‘Conspiracy of Silk Letters’ along with the famous Nationalist Moulana Mohammed Hassan and was sentenced to prison in 1916 for three years by the British Government.

The Silk Letter Movement (#ReshmiRumalTehrik) was effort from a group of revolutionaries from #DarulUloomDeoband to overthrow the British rule from India. pic.twitter.com/MFqoyuCXgj

He returned to India in 1920 and took active role in the Khilafat and Non Cooperation Movement. He gave a call to the Indians in the British Army to come out of it and fight for independence, for which he was detained under the charges of treason.

The stamp depicts a view of the main building of #DarulUlumDeoband which houses Darul-Tafseer and Drul-Hadis.

The first day cover, designed by the India Security Press, shows a view of the building of Darul-Ifta, one of the departments of the #DarulUloomDeoband. pic.twitter.com/jnLB3LRZzo

On the Day 31 May 1866 Great Islamic University #DarulUloomDeoband was Established by the Islamic scholars at #Deoband, a town in Saharanpur district, Uttar Pradesh.

This institution has made great efforts for the freedom of India. pic.twitter.com/bxBZYtqe9s

During the post-Independence era he concentrated on spiritual and educational fields. Hassan Ahmed Madani worked as the Head Master of the ‘Dar-ul-Uloom’ of Deoband where exactly he was educated during his childhood. He also led the ‘Jamiat-Ulama-Hind’ and was its guiding sprit. He was regarded as‘Shaik-ul-Islam’. He was honoured with ‘Padma Bhushan’ title by the Government of India in 1954 for his role in the Indian Freedom Movement and also in Independent India. He loved his motherland so much that he expressed his desire to take his last breath in India. As he wished for, Moulana ‘Shaik-ul-Islam’ Hassan Ahmed Madani breathed his last on 6 December, 1957 in Delhi, capital of India. 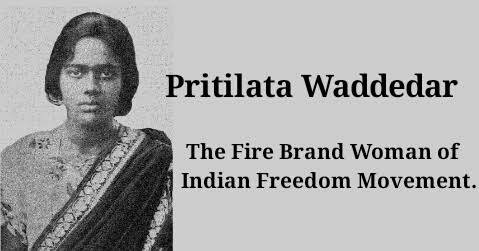