Masihul Mulk Hakim Mohammed Ajmal Khan was a man of multi-dimensional personality. His whole life was a saga of selfless service and sacrifice. Initiating his career as a Unani physician, he ultimately threw himself into the maelstrom of national politics under the inspiring leadership of Mahatma Gandhi. His life, in fact, embodies a transcendental idealism.

An eminent physician, he practised not so much for the lucre as for the love of the poor. He promoted with a missionary zeal the indigenous system of medicine. He founded the prestigious Tibbia College as well as the Hindustani Dawakhana in Delhi. His untiring efforts in the field of medicine infused a new vigour and life into an otherwise decaying Indian medical system under the British regime.

Masihul Mulk Hakim Mohammed Ajmal Khan was a man of multi-dimensional personality. His whole life was a saga of selfless service and sacrifice. pic.twitter.com/XfP3wOLX1b

The growth of the Indian medical profession owes a great deal to this great crusader of humanity in the sub-continent. His chief contribution in this field was that he revolutionised the indigenous medical system by importing a scientific basis on which the present Unani system now firmly rests. What Sir Syed Ahmad Khan did in the field if education, Hakim Ajmal Khan has truly done the same in the field of medicine.

Hakim Ajmal Khan always remained equally concerned with the problems of ladies who were the worst sufferers from malnutrition and insanitary conditions. To ameliorate their plight, he took many concrete and progressive steps in this direction.

He supplemented the Tibbia School by opening a Female Midwifery School and Hospital by getting it formally inaugurated by the wife of the Governor of Punjab, Lady Dane on 13 January, 1909. It was a radical step taken by Hakim Saheb towards the professional courses in the direction of female education. Expressing his views on this occasion he said :

“The thing to which we invite the female students and the knowledge that we wish to impart to them is entirely new and quite strange to the gentle races of our country. But no educational task could be considered as complete unless we have a genuine demand of sympathy for the ladies who constitute half of the part of society.”

Side by side efforts were made to train well-qualified midwives to help Indian ladies in their hour of need. All these measures went a long way in providing medical assistance to women in times of distress since inexperienced quacks and illiterate mid-wives were mainly responsible for an alarming rate of mortality. 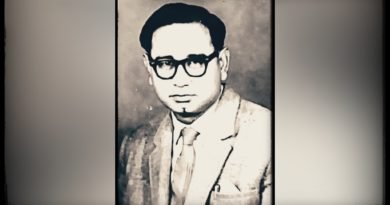