Cipla, one of the best and oldest pharmaceutical companies in India was founded by Dr Khwaja Abdul Hamied in 1935. Chemical, Industrial and Pharmaceutical Laboratories (CIPLA) played a vital role in raising the standard of Pharmaceutical and chemical industry in India. Cipla has emerged as one of the world’s most respected pharmaceutical names not just in India but worldwide. They have continuously strived for providing the unmet medical needs of the world.

After establishing Cipla in 1935, Dr Hamied worked day and night and continued his journey of care and made India self-reliant in the health care sector.

In 1939, when Mahatma Gandhi boycotted all British products including their medication, he visited Cipla and motivated the founder to make essential medicines for the country and together they worked towards self-sufficiency. During the World War II when India faced shortage of life-saving drugs, Cipla manufactured them for the Indian nation. Cipla laid the foundation for the bulk drug industry in India by pioneering the API (Active Pharmaceutical Ingredient) manufacture during 1960s.

In 1970, Cipla spearheaded the New Patent Law by which an Indian pharmaceutical company was allowed to manufacture a patented product. This enabled Indian companies for the first time to manufacture any medicines and make them available and affordable for all Indians.

In 1978, India witnessed the manufacture of Metered- Dose Inhaler (MDI), when the import supplies of this device had been stopped. Today India has the world’s largest range of inhaled medication and devices.

The world first iron chelator, Deferiprone, was first launched by Cipla in 1994 which revolutionised the treatment for Thalassemia. For the first time patients with thalassemia had an affordable, convenient option for their treatment while in 1996, Cipla gave the world the first transparent dry powder inhaler which was relatively simple to use. This breakthrough changed the inhalation therapy in India.

During the millennium, in 2001, Cipla successfully found an access for HIV treatment by making antiretroviral (ARV’s) available at less than a dollar a day. Millions of lives were saved when the cause of treatment dramatically reduced from USD 12000 per person per year to USD 300 per person per year. An anti-flu drug was developed within 2-3 months during the bird flu epidemic by Cipla.
In 2012, Cipla reduces the prices of the cancer drugs, thereby making the world class medication affordable and accessible to the cancer patients. 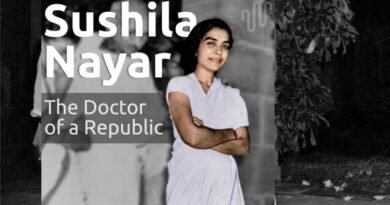