Mr. Sachchidananda Sinha has had a distinguished and varied public career. He started life as a social reformer when, as the first Bihari Hindu of his generation, he took courage and crossed the seas, and went to England for study. On his return, he had to face serious opposition from the community, but remained firm. He took another advanced step in the direction of social reform when he married a lady belonging to a different subsection of the Kayastha community, of which he is such a distinguished member. At the time both these steps were considered revolutionary, but the Kayastha community, as a body, has since then accepted both these reforms as necessary, and formally sanctioned them. Today crossing the seas appears to be such an ordinary thing that we are apt to think as if it had always been the same. Marriage between the members of different subsections of the Kayasthas has not yet become so common, but it is no longer tabooed amongst them. To Mr. Sinha belongs the credit of being a pioneer, in his own person, in respect of both these important items of social reform.

It is not, however, as a social reformer only that Mr. Sinha is known in the country. He is perhaps the sole surviving member of that noble band of Biharis who, since the nineties of the last century, have been so prominently associated with the public life of Upper India, and particularly of Bihar. Mr. Sinha was among those who started the movement for the creation of a separate province of Bihar. It was much misunderstood at the time, and was looked upon as a movement for securing the loaves and fishes of office for the Biharis. But those who entered into the spirit of it knew – and the events that have happened since have shown – that it was necessary for the self expression of Bihar. The idea was accepted by the Congress when it divided the country into provinces on the basis of linguistic differences. It is now being gradually given effect by the Government also.  Bihar was created as a separate province in 1912, and now Orissa and Sind are going to be similarly separated in the near future.

Mr. Sinha was prominently associated with the Congress for a long time, and was Secretary of the session held at Patna, in 1912. His benefaction in the shape of his splendid gift of a great public library and a town hall, at Patna, are only a public expression of that essentially generous nature which has never cared to earn and amass for himself, and has always felt pleasure in giving to others not only good and dainty dishes, but also the far more valuable gifts of his time and energy, and of his great talents and abilities. Mr. Sinha has been a distinguished advocate at the bar, but it is well known that his heart and mind have been set far more on study of public questions and affairs than of learned treatises or legal lore, or authoritative rulings by distinguished judges. A keen and devoted student of the Victorian literature Mr. Sinha possesses, despite his professions to the contrary, a deep and abiding interest in Hindi and Urdu literatures, and one has only to step into his bedroom to see a collection of the masters, nicely bound and tastefully set in an open book-case near his bed.

It is journalism, however, which has been Mr. Sinha’s great love. He has been Mr. Sinha’s great love. He has been conducting, as its founder editor, a high class monthly (first under the name of Kayastha Samachar, and then as the Hindustan Review) for over thirty five years, with the exception of the period of five years. He has been a member of the Imperial Legislative Council, the Legislative Assembly, and the Provincial Council, for several terms, and has held the high office of the Deputy President of the Assembly, and of the President of the Bihar Legislative Council. He has presided at the Bihar Provincial Conference, the Agra and Oudh Provincial Conference, and the All India Kayastha Conference. He has appeared as a witness before various Committees and Commissions. In all these capacities he has had opportunities of writing and speaking on varied subjects of public importance.

(Text is a reproduction from the foreword written by Dr. Rajendra Parsad in 1935 for a compilation of Sachchidananda Sinha’s writings.) 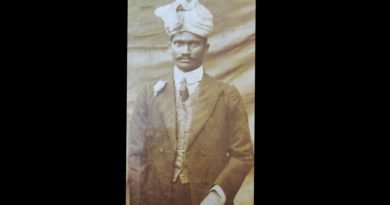