The original Constitution of India is not a printed document but a hand written one. The government of India, headed by Jawaharlal Nehru, entrusted Nandalal Bose of Shantiniketan for decorating the pages with artwork depicting ancient Indian culture and texts. The calligraphy was done by Prem Behari Narain Raizada (Saxena) of Delhi.

This decorated hand written text is preserved at the Parliament Library in a helium filled glass case.

Here we present the ten pages from the hand written original constitution. They carry signatures of all 284 members, out of a total of 299, of the constituent assembly who had signed the constitution after the completion. The first to put his signature on the document was Jawharlal Nehru while at the end of the page 10 we can see his son in law Feroze Gandhi as the last man to sign. Being the president of the assembly, we can see, Rajendra Prasad’s signature was assigned a place at the top. 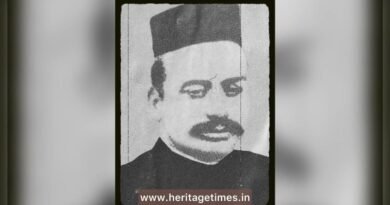