It was 1939 and anti-British sentiments in India were on a rise as the World War had commenced in Europe. Subhas Chandra Bose was urging the All India Congress Working Committee (AICC) to launch an anti-British nationwide movement at the time when their forces were engaged in a war with Germany, Italy and Japan. Though, the AICC leadership, especially Gandhi, did not approve of his suggestion but the Indians in general were in agreement. At different places in India protests were organized and Cuttack, the city where Subhas was born and brought up, did not remain untouched.

In those circumstances a group of protestors was charging upon the Collectorate office in Cuttack. The plan was to take off the Union Jack (the British Flag) from the top of the building. The question was, who would do it. Everyone knew that police would fire if they noticed any protester taking off the flag, the previous examples of such killing were known to them.

To the surprise of everyone, an eight year old girl came forward, climbed up and took off the flag from the collectorate building. She would not stop at this and pasted several anti-British posters on the walls of the collectorate before getting caught. As was the norm for the police in those times they did not show any mercy and the small eight year old girl was brutally beaten up by the police. The beating could break the batons but not the courage of the freedom fighters. So, it would not break the spirit of the girl. She went on to lead many popular struggles for social causes in her life. The girl was none other than the first female Chief Minister of Odisha, Mrs. Nandini Satpathy.

Satpathy served as a minister in Indira Gandhi government before being chosen as CM of Odisha. In her long public career she never lost an election.

It all began with that anti-British protest where, as an eight year old, Satpathy was beaten up by the police. 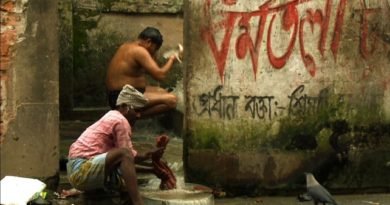 What did a Bengali Muslim Freedom fighter say on casteism among Muslims?