The late historian Ilhan Bardakci stumbled upon the Ottoman soldier at the steps of the Al Aqsa mosque who had remained loyal to his duty for 57 years on 12th May 1972 and decided to write about this incredible meeting. Thanks to him we now know of this live historical monument. The story is as follows:

City: Quds. Location: Al Aqsa Mosque, Date: Friday, 21 May 1972. My late journalist friend Said Terzioğlu and I are wandering through the sacred sites with the help of our guide. It was at the top of the steps in the second courtyard of the sacred mosque. He had a height close to two meters… He had some aging clothes upon his aging body… standing bold upright. I looked at his face and was scared. It was like someone had overturned some barren soil. He had many scars on his face.

I asked to Mr.Yusuf: “Who is this man?” . He shrugged his shoulders and replied “don’t know… Must be someone crazy. He has always been standing here, never asks for anything from anyone, never looks at or sees anyone.”

I don’t know why (maybe it was the blood), but I approached him and said in Turkish “Selamunaleykum baba (father)” He opened his eyes and in Turkish replied “Aleykumselam oğul (son)”

I was shocked. I grabbed and kissed his hands…”Who are you, father?” I asked.

He explained and I will explain to you…

(But firstly, you must know this. That government was leaving behind 401 years 3 months and 6 days of rule of Quds. It was Sunday 9th December 1917. You couldn’t deny the inevitable. The military was in ruins and in retreat. The State is on the verge of collapse. A squadron is left at the Al Aqsa Mosque to protect from looting in the time it takes for the English soldiers to take the city.)

As I said, he explained and I will continue…

Dear Lord. I looked once more; his head, like a minaret balcony upon his tense shoulders, a kissable flag. I reached for his hands once more and he began to utter:

“Can I ask a favour for you my son? I have a trust which I have kept hidden for years, will you deliver this trust for me?”

“When you return to the country, if you ever reach the Tokat Sanjak, go and find my commander who deployed me here, Captain Musa. Kiss his hands for me and tell him… Corporal Hasan from Iğdır of the 11th Machine gun team still remains at the post you deployed him to.”

My heart was about to stop…!

The army chief decided to call the late Ilhan Bardakci to help find this glorious soldier when he told of this incident on Turkish government television. Bardakci would later write: Corporal Hasan was one of us… his fate was to be forgotten. That’s exactly what happened. We didn’t even look for him let alone find him. He was unobtainable. Like a glorious cypress tree reaching towards the sky, was he. And we, even if we had raised our heads would be like the puny grass reaching for the sky. We, only forget. Just like the others we had forgetten so to was that diamond which remained at his post.

Nawab Siraj-ud-Daulah, was the last independent Nawab of Bengal, Bihar and Oraissa. 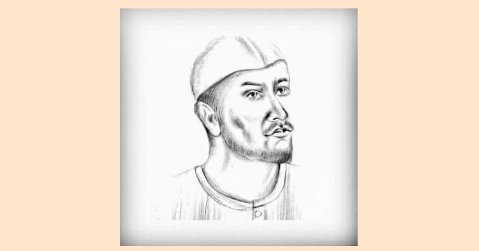