If you take a walk through the corridors of power in Patna, you will see a life-size sculpture of seven men.

Clad in dhoti kurta and a Gandhi cap, these men faces the gates of the Old Patna Secretariat and the one in front holds a flag while the others are falling or already fallen down.

If you are not a local, you may not know who these men were and what did they do to have been immortalized in bronze.

However for any Patnaite, the name of this monument is engrained in their conscience; for they, known as the Seven Martyrs of Patna represent the city as much as any other monument does. Let me tell you their story today.

Following Gandhi’s call for ‘Quit India’ movement on 8th August 1942, the nation went into a turmoil not seen in the years since 1857.

There were large-scale demonstrations across the country, not limited to non violence and many cases of rebellion were reported to an extent that some part of the country were without any trace of the British rule for a brief period.

During this turmoil, on the morning of 11th August 1942, a crowd of 6000 students arrived at the gates of the then Patna Secretariat, mostly unarmed and with a declared objective to only hoist the Congress flag on the building without any damage to life or property.

Facing them was the British Indian Military Police under the command of the District Magistrate W.G. Archer. Till 2:00 PM, the students struggled with the police to reach the Secretariat but by official accounts, they did not attack the police or indulge in vandalism.

However, at this moment, Archer decided to order fire on the students not because they were turning violent but because in the persistence to hoist the flag, they were hurting the prestige of the British Empire.

Folklore say that when the Bihar Military Police and the Rajputs refused to fire on the agitators, the ever loyal Gurkhas were brought in.

The firing was not indiscriminate and was rather targeted at the person coming forward with the flag. One by one the flag bearer fell down to the bullets, to be followed by another to take his place.

By the time the firing stopped, there were 7 dead, and 14 wounded.

In their deaths, these young men showed the British what Gandhi meant when he raised the war cry of “Do or Die”.

Their martyrdom was the pivotal event of 1942 which resulted in a mass eruption in Bihar with wide-spread agitations and chaos.

The first one holding the flag marches ahead while egging on his comrades, his finger pointing towards the target, the pier of the Secretariat.

Of the six others, five have already been hit by bullets and hold on to the last remaining one in the center stands tall like a warrior, ready to take place of the flag bearer when he falls.

It is then that you stop and think about these boys. The eldest of them, Jagapati Kumar was the only college student of the lot while all others were the students of class 9th and 10th.

While teenagers of today are too busy trying to decide what apparel to buy and which restaurant to go to, there were some others like them in some other era whose only desire was to die for Swarajya.

It seems God doesn’t make young men like them anymore.

This 11th of August will mark 76 years of their martyrdom. Hope we remember… 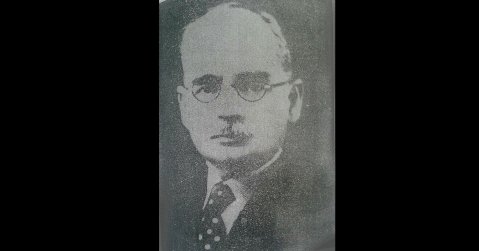