Today, when I logged into the Twitter, my expectation was to find Indian Muslim Twitter (IMT) trending a hashtag on PVC Abdul Hamid, who was martyred during the 1965 India Pakistan war in Punjab. IMT, a name often used for those Twitter handles who raise issues related to Indian Muslims, is often seen raising the questions of history like the omission of Nehru in a poster, inclusion of Savarkar in a book and portrayal of Abdali in some movie. It was much expected that these handles would pay tribute to one of the most celebrated Military heroes of post-independence India.

It dismayed and despaired me to see that hardly any of the celebrated IMT remembered Abdul Hamid on his death anniversary. It is not that nobody remembered him. Minister in Modi government and former Chief of Army Staff, V.K Singh and CM of Punjab, Captain Amarinder Singh, are few of the prominent Twitter celebrities who have tweeted about Abdul Hamid and his sacrifice. But, shockingly, I could not find any celebrated IMT handle, which otherwise never fails to accuse others of misrepresenting history. This brings us to a larger point. Do IMT handles really care about the history of Indian Muslims? Or, are they , unknowingly, playing into the hands of certain political ideologies? This is not the first time that IMT has failed to celebrate their heroes. The handles, which would share hundreds of tweets to defend Nehru and Gandhi, will not enthusiastically remember or defend Maulana Azad, Khan Abdul Ghaffar Khan, Abid Hasan, Allama Mashriqi, Maulana Ubaidullah etc. While they are ready to accuse the government for Hinduization by celebrating Yoga Day, on 21 June every year, most of these handles remain oblivious of the fact that, since 2017 the government has celebrated 11 February, the birthday of Hakim Ajmal Khan, as Unani Day. How many of IMT handles actually care to celebrate Unani Day? Isn’t it important to get your heroes recognized as a community? And, after a few years the same people will blame that nobody remembered Muslims in nation building. If people do not celebrate Unani Day, how can a government help after officially announcing it?

Why am I agitated at PVC Abdul Hamid not being remembered? Abdul Hamid was one of the most important military heroes India has ever produced. It was no mean feat to defeat a battalion of Patton tanks with an RLC gun mounted Jeep. He destroyed 8 tanks, while Pakistanis left at least 70 for the fear of their lives. Today, we see tanks stationed outside several army cantonments, like, Meerut, Ambala etc., as war trophies. These are the same tanks captured by the Indian Army because of the heroics of Abdul Hamid. Just close your eyes and think about it. A single man has decorated the length and breadth of our country with war trophies. In return he paid the price with his life. But, what did we do with him? We do not remember him. We would take fictitious heroes and events to wage a social media war but a real hero stands forgotten.

I have not written any specific name because personal slander is not permitted in my religion. Still, we all understand how many ‘celebrities’ lie in this category. The people who do not help themselves cannot be helped.

Why am I writing all this? Rather, I should repeat with Hafeez Jalandhari:

(Author is a young scientist with research thrust on neurobiology, genetics and heavy metal pollutants) 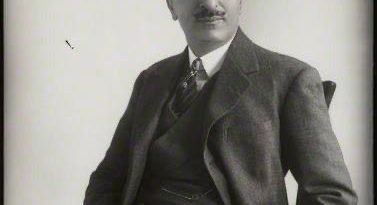