Medicine
September 27, 2021September 27, 2021 Dr. Zareen Fatima Covid, Covid 19, DR MOHAMMAD NAIMULLAH, DR SULAIMAN KHAN, of the Nineteenth Century, SULAIMAN KHAN, The Three Indian Surgeon, The Three Indian Surgeon of the Nineteenth Century
Some great personalities have remained unknown for quite some time. Their names have long been lost and have remained unheard for centuries; It’s time to un dust and delve into the past to know about these heroes and their families.
DR SULAIMAN KHAN
Dr Sulaiman Khan was a senior sub assistant surgeon of the late nineteenth century in the Indian subcontinent. He was popularly known as Khan Saheb among the people. Dr Khan originally belonged from a Pathan clan whose ancestral history can be traced back to Afghanistan.
Sulaiman Khan was born in the year 1864. His ancestors came to India during in the sixteenth century along with the Mughal emperor Nasir-ud-Din, better known by his regional name, Humayun.

The forefather of Khan Saheb settled in the Amritsar district and held an extremely responsible position under the Mughals where they were allotted the responsibility of several villages.
When the Sikhs arose to power, all the villages they owned, except one were lost by the entire family. The only village that remained was the one that was under Dr Sulaiman Khan’s father. Khan Saheb’s father had won a medal in recognition for his service. Khan’s father served in the first Afghans campaign. He was with Lord Roberts in his march from Kabul to Khandahar.
Dr Khan earned a degree in medicine from Lahore Medical school and later entered the Government services in 1873 and served for a period of nine tears in the military department. Later in the year 1882 he was transferred to the Civil Medical department of the United province where after he served in Atrauli, Ghaziabad and Meerut. He lived in Meerut.
DR MOHAMMAD YASIN
Just like Sulaiman Khan, Mohammad Yasin was also a senior sub assistant surgeon from Calcutta (currently known as Kolkata). He was born in December 1858 and attained his alma mater from Bankipur Medical School. He belonged to a reputed zamindaar family. His father was Maulvi Mir Hassan Ali, a military personnel who was responsible for taking care of the British families in India during the mutiny when the British were engaged in the fight. In 1877 – 78, Mohammad Yasin performed a special famine duty in Mysore.
Later in 1879, Yasin was actively involved in 25th Native infantry. He travelled to Khandahar with this regime and was later sent to Kabul, in 1880. He also witnessed the battles of Ahmad Khel and Ghazni. In the same year he marched to Khandahar with Lord Roberts.
He selflessly served the victims during the war for which he was awarded with the Afghan war medal, with two clasps and a bronze star.
In 1883 he was sent for a medical duty to Egypt. His distinguished efforts in serving the ailing humanity was recognised and later he was elected as a medical officer in charge. Yasin also remained an in control of the Balrampur Branch dispensary in Lucknow. Later he lived in Ganeshganj, Lucknow. Due to the long and meritorious services, both Sulaiman Khan and Mohammad Yasin earned the title of “Khan Saheb” during the coronation ceremony by the British.
DR MOHAMMAD NAIMULLAH
Naimullah, like the above mentioned, was the Senior Sub assistant surgeon. He was born in 1859. He did his schooling from Government high school in Allahabad and Victoria School in Ghazipur. He attained a degree in medicine from the Temple medical School in Bankipur, Bihar.
For generations, his ancestors were in the British service. For thirty years both his grandfather and his father served in the British army in India. Just as his forefathers, Dr Naimullah too was in the government service for over thirty years.
He had been the medical charge of the Viceroy’s bodyguard for a period of fourteen years. During the coronation durbar, Naimullah was awarded Kaisar-e-Hind medal in recognition for his outstanding achievement in the field of medicine. Mohammad Naimullah lived in Calcutta. 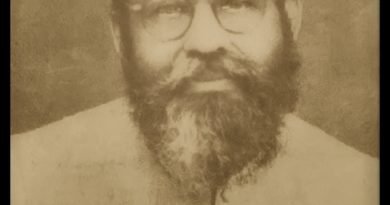