Colonel Shoukat Ali Malik, who was honoured by Netaji Subhash Chandra Bose with ‘Sardar-e-Jung’ for his gallantry shown in the war waged by the Azad Hind Fouj against the British to liberate the Nation, was born in Multan, now in the Punjab Province of Pakistan. He was sent to Singapore while he was working as the Naik Subedar in the British Indian Army of Bhawalpur Infantry. He was leading the troops, when British Army surrendered to the Japan during the World War-II.

He became famous as the ‘Master Mind of the Intelligence Service’ because of his able leadership. When Subhash Chandra Bose gave a call for ‘Chalo Delhi’ and declared war against the British, Malik directly reached the battle field in Burma from Singapor. Malik’s troops won the first victory over the British forces with the help of Japanese Army. Malik, who led his troops successfully to make entry into the enemy forces, hoisted the National Flag in Moirang of Manipur on 18 April, 1944. Thus Malik created history as the first Indian officer to hoist the National Flag on the native land. He also looked after the administrative affairs successfully in the liberated areas.

He went to Rangoon in 1944 because of his illness. Later on he reached the battle field at Mandale again in February, 1945 to lead his troops against the British Army. He escaped narrowly from the British forces which had encircled him and his force. He went along with Subhash Chandra Bose to lead the female troops of the Jhansi regiment of Indian National Army to a safer location after the defeat of Japan in the world war. Colonel Malik had a strong desire for freedom and a special affection towards Netaji. He faced the trial by the British Government in the Red Fort. Later, Colonel Shoukat Ali Malik served as a special invitee in the Advisory Committee, formed for the welfare of the members of the Azad Hind Fouj. 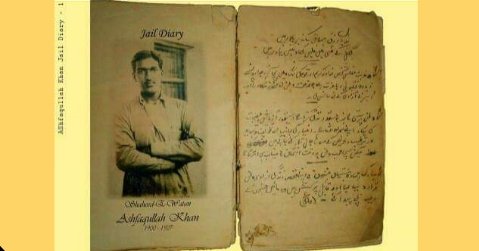 One thought on “Shaukat Malik of INA : the first ever Indian to hoist the Tricolour on Indian soil.”