I am originally from Patna, one of the ancient cities in the world. This ancient city was ones the capital of India during the reign of Ashoka and Sher Shah Suri. Being from this historic land I happened to notice a hospital “Nazereth Hospital” in Mokama (about 45 minutes drive from my home in Barh). Many of my relatives back home were born in this health care centre.

The history of Nazereth Hospital, a living history of Catholic faith, begins when B.J Sullivan, a bishop of Patna, India & Rev. Marion Batson, Pastor of the Parish in Mokama, India invited Mother Ann Sebastian Sullivan to open a dispensary. Mother Ann & her council accepted the invitation. Following this the sisters of Charity of Nazareth entered Mokama for this foreign mission in 1948. The sisters of Charity of Nazareth (SCN), from Kentucky, USA responded to the felt need of the people in the community and provided a comprehensive health care to the rural poor and the needy with special emphasis on women and children. Started with 25 beds in 1948, the Nazareth hospital gradually grew to 150 beds facility in 1965.

A team of six Sisters travelled all their way to from USA to Mokama in order to provide charitable healthcare services to its residents. The six SCN missionaries first arrived at Calcutta around December 9, 1947 where thet journeyed by train to Mokama. The first need of the sisters was to unpack the cartons filled with medical supplies. Since the dispensary has no walls , the activity of unpacking was visible to the public. Men moved forward showing their wounds and women presenting their ill babies. Therefore the unpacking became the unofficial opening of the Nazareth Dispensary.

One among them was Sister Mary Jude who initially worked at the Georgetown Hospital in Washington DC. She had everything at hand to exercise her nursing skills. Despite a good life she chose to move to Mokama to provide selfless services to the poor, where she had to fold her own tent at night. Sister Mary Jude is still revered and lives in the hearts of many. She died and was buries at a cemetery in Mokama. In 1984, with the help of Miserior the hospital was expanded to 280 beds with several different departments and diagnostic facilities. A community health department was started in 1961 to provide the health care facilitly to the poor section of the society. Several health programmes were initiated by them such as “Mahila Mandals, immunization programme, TB & Leprosy programme” etc. In 2004, the Nazareth Hospital opened up a Community Care Centre to care for the HIV/AIDS affected and infected individuals. Among the existing services, magnetic therapy acupressure therapy, positive energy transmission clinic were added in 2006.

The Nazareth Hospital, started by the Sisters of Charity of Nazareth in 1948, has served lakhs of people both in and around Mokama. The hospital was an extremely valuable asset in Bihar. After 64 years of their indispensable service to the state, this missionary hospital had been shut down since June 2012. Nazareth Hospital, Mokama, was established in 1948 with a School of Nursing and Pharmacy. The hospital had continued since then to serve the sick from many districts of Bihar and West Bengal, extending up to the border of Nepal. It became the first institution in Bihar to open center under Bihar State AIDS Control Society to care for the HIV/AIDS persons. From these beginnings at Nazareth Hospital, SCNs opened various rural dispensaries and hospitals caring for approximately 191,000 patients annually apart from the 4000 HIV/AIDS persons. The Nazareth Hospital is a need of an hour to treat people ,suffering with COVID-19, residing in this community where patients struggle at home as hospitals choke. 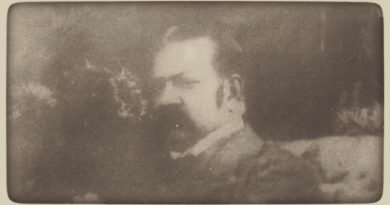