Ibn Sina (Avicenna), an example of synthesis of knowledge from both east and west. He has been recognized by both East and West, as one of the greatest figures in intellectual history.

His book, The Canon of Medicine remained a medical authority for centuries. It set the standards for medicine in Medieval Europe and the Islamic world, and was used as a standard medical textbook through the 18th century in Europe.

George Sarton author of The History of Science, described Ibn Sīnā as “one of the greatest thinkers and medical scholars in history” and called him “the most famous scientist of Islam and one of the most famous of all races, places, and times.”

In 1980, the Soviet Union which then ruled his birthplace Bukhara, celebrated the millennium of Avicenna’s birth by circulating various commemorative stamps with artistic illustrations. Following Soviet ‘First Day Cover’ from my personal collection on Avicenna is one of the rarest. 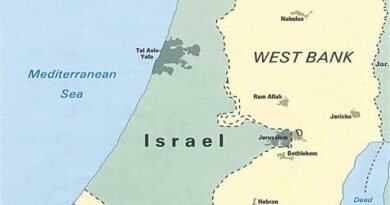 From the river to the sea, what will the future of HAMAS be? WHY DIDN’T ISRAEL RESPOND TO IRAQ?