The Lahore Conspiracy Case trial, also known as the First Lahore Conspiracy Case, were the trials held in Lahore (then part of the undivided Punjab of British India) in the aftermath of the failed Ghadar conspiracy in 1915. The trial was held by a Special tribunal constituted under the Defence of India Act 1915. Out of a total of 291 convicted conspirators, 42 were executed, 114 got life sentences and 93 got varying terms of imprisonment. 42 defendants in the trial were acquitted. The uncovering of the conspiracy also saw the initiation of the Hindu German Conspiracy trial in the United States.

On 16 November 1915, along with Kartar Singh Sarabha, 7 Indian revolutionary were executed by hanging at the Lahore Central Jail.

On 16 November 1915, along with #KartarSinghSarabha, 7 Indian revolutionary were executed by hanging at the Lahore Central Jail.

On 1 November 1913, the #GhadarParty started printing a paper named #Ghadar.

Kartar was involved in the publishing of that paper.#NationalPressDay pic.twitter.com/ohsYdUkR5C

The seven martyrs were hanged to death for hatching a conspiracy against the British Empire by being part of the ‘Ghadar mutiny’ of 1915.

Went to #USA in 1912 to study Chemistry at the #CaliforniaUniversity of Barkeley.

He worked at the #GadarPartyPress.

He returned to India & on 16 November, 1915 he was hanged. pic.twitter.com/WPsYR6RRcM

Vishnu Ganesh Pingle, who was from Telegaon in Maharashtra, the rest of them hailed from Punjab. While Kartar Singh Sarabha was from Sarabha village, Surain Singh Snr, Surain Singh Jnr and Bakshish Singh were from Gilwali village in Amritsar.

Jagtar Singh hailed from Sur Singh village in Amritsar while Harnam Singh Sialkoti was from Goraya. The duo had been declared co-accused with Sarabha and hanged till death. Bakshish Singh and Pingle were companions of Sarabha. Pingle had started an armed revolt against the British and was arrested with explosives in March 1915. 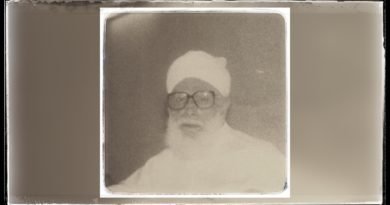