I’ll never forget the first taste of Rooh Afza, Indian syrup that was and still a mainstay at almost every Indian home. This heavenly elixir is a product of “Hamdard”, a brand founded in 1906 in Delhi by Hakeem Hafiz Abdul Majeed and Ansarullah Tabani, a Unani practitioner. Rooh Afza, a rose-flavoured concentrate of herbs, fruits, and flowers, is popular throughout South Asia and is a staple of Ramadan in both India and Pakistan, particularly in summer when it is mixed in cold water or milk and served at sunrise (Sehri) and sunset (Iftar) meals. Rooh Afza’s cooling effect is long lasting for it not only instantly quenches the thirst but also rapidly cools the entire system and gives back the body the vigour, vitality and freshness depleted by excessive heat.

The original company started in a shop where patients could get diagnosed for their ailments and subsequently receive appropriate treatments. Hamdard’s founder, Hakeem Hafiz Abdul Majeed, created Rooh Afza shortly after he founded his company in 1906. The original purpose of this syrup was to combat fatigue and loss of energy due to excess heat. The combination of botanicals in Rooh Afza is said to have cooling properties and provides energy when the summer heat makes most people sluggish.

The Partition of Rooh Afza:

Gulf News, a leading newspaper in UAE in had traced the origin of the drink – In 1908, in the by-lanes of Old Delhi, Hakim Hafiz Abdul Majeed decided to create a herbal mix that would help Delhi’s masses stay cool in summer. Selecting herbs and syrups from traditional Unani medicine, he created a drink that would help counter heat strokes, bring down palpitation and prevent water loss. He named it Rooh Afza, an Urdu word which can be translated as “soul refresher”. 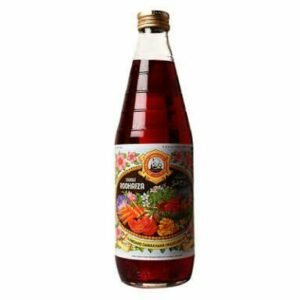 Mirza Noor Ahmad, an artist, prepared the labels of Rooh Afza in several colours in 1910. Such colourful prints could not be processed in Delhi then. It was, therefore, printed under special arrangement by the Bolton Press of the Parsees of Bombay (now Mumbai).

A few decades later when Hakeem Hafiz Abdul Majeed, one of the founders of Hamdard, decided to turn this medicament into a drink, the crowd immediately fell in love with it. Their instant approval was remarkable. “When they actually made Rooh Afza for the very first time, the flavour and the aroma were so enticing that the crowd began to gather around asking, ‘Ho kya raha hai?’ (What is happening?). The whole batch was sold within an hour,” says Abdul Majeeb, great grandson of Hakim Hafiz Abdul Majeed, to Gulf News. Today, he is the CEO of Hamdard India, continuing the family’s work in offering affordable medical care to the nation.

Rooh Afza is perhaps the most publicly recognized product of Hamdard Laboratories throughout South Asia. However, to equate Hamdard with Rooh Afza would be unjustly reductionist. Hamdard Laboratories was founded in Delhi in 1906 as a natural medicine company that employed Hindu-based Ayurvedic health practices with Persian-based Unani principles – a fusion of cultural ideas that was all too common in the Indian subcontinent. The company currently produces nearly 30 medicinal products to remedy all sorts of ailments from sore throats and hair loss to fertility and blood pressure. 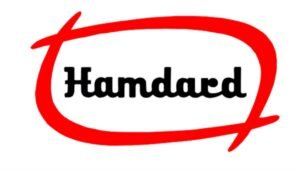 The history of Hamdard has, in a way, followed the history of the subcontinent. When India and Pakistan separated in 1947, the company split as well, and an independent Hamdard was founded in Karachi, Pakistan. Similarly, when East Pakistan broke away in 1971, the branch of Hamdard that had been set up in Dhaka in 1953 turned into Hamdard Laboratories, Bangladesh.

The partition of India was the turning point, which went on to divide not just the family but Rooh Afza as well. “In 1947, most of the family travelled to Pakistan. Only my grandfather, Hakeem Abdul Hameed, and his two sons stayed. Even as his younger brother, Hakim Mohammad Said, went to Pakistan, my grandfather said, ‘I will not be able to leave India because it is my motherland’,” Abdul Majeeb said.

Hakeem Hafiz Abdul Majeed was born in Pilibhit district, located in the Indian state of Uttar Pradesh, in 1883. During his childhood he memorized the holy Quran and proceeded further by studying Urdu and Persian language. He expressed his keenness in Unani medicine and attained a highest degree in this traditional system of medicine. He was known for recognising the medicinal plants and started producing herbal medicines in the year 1906 in a small herbal shop located in house Qazi in Delhi. In 1920 his small shop turned into a full-fledged production house. Hakeem Hafiz Abdul Majeed died on 22 March 1922 at the age of forty. Before his death he wrote a will to waqf (Islamic irrevocable trust) his company, Hamdard. Even today, 85% of the profits earned by Hamdard Laboratories go into Hamdard National Foundation (HNF), which disburses the funds for charity across various Hamdard institutions.