Commemoration of International Women’s Day today ranges from being a public holiday in some countries to being largely ignored elsewhere. In some places, it is a day of protest; in others, it is a day that celebrates womanhood.

Our country India is no less. The history of feminism in this culturally dynamic country can be traced back to the late 1800s where females have places an indispensible role in defining our nation for what it’s known today. They were head to head with males as freedom fighters, social reformers and not to forget their contribution as physician.

Few of the personalities in Indian history are Rukhmabai, Kadambini Ganguli & Anandi Gopal Joshi, the female physicians of India.

Anandibai Gopalrao Joshi (31 March 1865 – 26 February 1887) was the first Indian female physician. She was the first woman from the erstwhile Bombay presidency of India to study and graduate with a two-year degree in western medicine in the United States.

Anandibai travelled to New York from Kolkata (Calcutta) by ship, chaperoned by two female English missionary acquaintances of the Thorborns. In New York, Theodicia Carpenter received her in June 1883. Anandibai wrote to the Woman’s Medical College of Pennsylvania, asking to be admitted to their medical program, which was the second women’s medical program in the world. Rachel Bodley, the dean of the college, enrolled her.

Anandibai began her medical training at age 19. In America, her health deteriorated because of the cold weather and unfamiliar diet. She contracted tuberculosis Nevertheless, she graduated with an MD in March 1886; the topic of her thesis was “Obstetrics among the Aryan Hindus.” The thesis utilized references from both Ayurvedic texts and American medical textbooks. On her graduation, Queen Victoria sent her wishes upon her successful accomplishment.

Kadambini Ganguly (18 July 1861 – 3 October 1923) was the second female physician from India as well as from the entire British Empire. Kadambini was also the first Indian as well as South Asian female physician, trained in western medicine, to graduate in South Asia. Ganguly studied medicine at the Calcutta Medical College. In 1886, she was given a Graduate of Bengal Medical College degree. She thus became one of the two, Anandi Gopal Joshi being the other, Indian women doctors who qualified to practice western medicine..

Kadambini overcame some opposition from the teaching staff, and orthodox sections of society. She went to the United Kingdom in 1892 and returned to India after qualifying as LRCP (Edinburgh), LRCS (Glasgow), and GFPS (Dublin). After working for a short period in Lady Dufferin Hospital, she started her own private practice.

In 1883 she married the Brahmo reformer and leader of women’s emancipation Dwarkanath Ganguly. They were actively involved in female emancipation and social movements to improve work conditions of female coal miners in eastern India. She was one of the six female delegates to the fifth session of the Indian National Congress in 1889, and even organised the Women’s Conference in Calcutta in 1906 in the aftermath of the partition of Bengal. In 1908, she had also organised and presided over a Calcutta meeting for expressing sympathy with Satyagraha – inspired Indian labourers in Transvaal, South Africa. She formed an association to collect money with the help of fundraisers to assist the workers.

Rukhmabai (22 November 1864 – 25 September 1955) was an Indian physician and feminist. She is best known for being one of the first practicing women doctors in colonial India as well as being involved in a landmark legal case involving her marriage as a child bride between 1884 and 1888. The case raised significant public debate across several topics, which most prominently included law versus tradition, social reform versus conservatism and feminism in both British-ruled India and England. This ultimately contributed to the Age of Consent Act in 1891.

These great personalities have elucidated feminism wherein their ideologies have clearly defined equalities of the sexes. 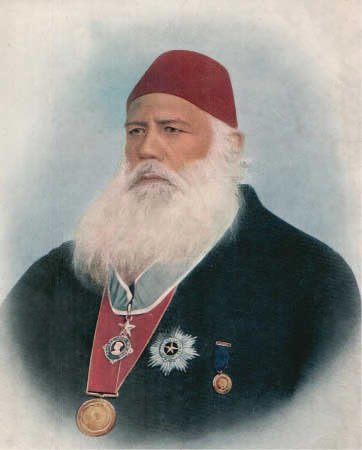